Lots of crime fiction and horror goodness with Eryk Pruitt, Lucy A. Snyder, Lee Murray and Dan Rabarts, plus a resurrected article on doing great bookstore events (with insights from someone who does this for a living!) and thoughts on authors and social media and toxic tropes.

Eryk Pruitt on truth and storytelling, reading bad books and the appeal of writing short stories

Eryk Pruitt talks about the appeal of writing short stories and how the process helps him focus on lean, mean writing, as well as the inspiration he took from a man with Parkinson’s and The Knockout Game.

The Journey to Publication, Axe Throwing and Tough Protagonists: Lucy A. Snyder talks, snakes, spiders and Garden of Eldritch Delights

Your female horror fix is in: Lucy A Snyder’s Garden of Eldritch Delights puts a lot of female protagonists into stories with titles like “The Yellow Death”, “Blossoms Blackened Like Dead Stars” and “That Which Does Not Kill You” – just in time for Halloween.

Lee Murray and Dan Rabarts talk about whether or not they relate to their characters and who’s tougher. Dan tells us, “Matiu would kick my butt with one hand in his back pocket, and still look chill while he does it.” Plus, Lee and Dan share their casting call for Teeth of the Wolf.

Trying to figure out what will work and what won’t? Author Sarah L. Johnson speaks from experience – both as an author and as a bookstore events coordinator.

Over at The Big Thrill:

Facebook? Twitter? Instagram? How much value do authors place on social media? This week we’re joined by ITW Members Colin Campbell, Ellen Byron, Lee Murray, Sandra Ruttan and DiAnn Mills as they discuss authors and social media. Scroll down to the “comments” section to follow along!

What did we all have to say? Check out our thoughts in the comments and chime in with questions or insights. Initially, I’d planned to post a short response about most authors overestimating the value of sites like Facebook for selling books; however, recent events prompted me to expand. The other authors have weighed in as well. If you’re considering how to use social media as an author there’s plenty of food for thought.

I don’t need to rehash what was covered in my thoughts at The Big Thrill, so if you want to see what I think about the Caffeine Nights debacle and the Chuck Wendig situation, head on over to the ITW post linked to above.

However, I did see this particular gem on Twitter and thought it was worth sharing: 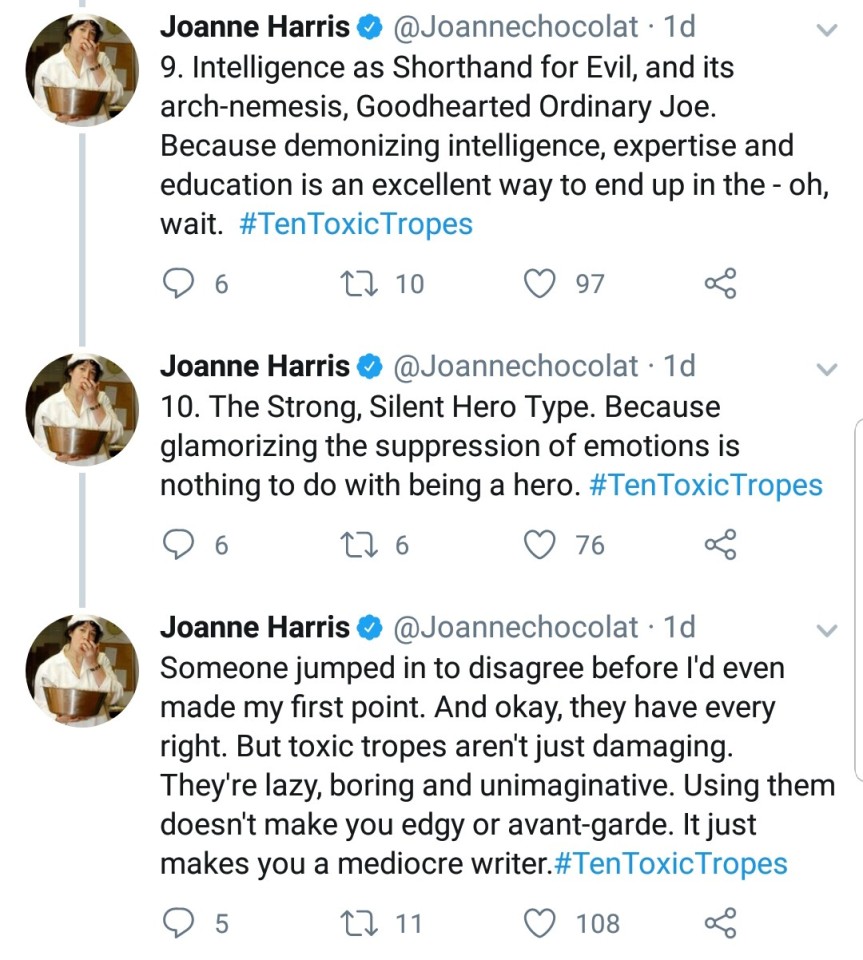 And what may be the best book dedication ever goes to Megan Spooner. From her book, Hunted: