My wife told me that before I moved in, she never know what to do with this room. It used to be a music room, a game room, the cat’s room—and then it became my office. My father-in-law built the shelves, and I added some decoration later, like a Women’s Murder Club poster and some photography. We both have our separate offices, which, I think is a good thing when you work 100% or even partly from home.

As much as I like to have my own professional space, it’s fun to write there sometimes (hey, snacks, coffee and tea are close). I do it more often in the winter, because I have a nice view on where we put our Christmas tree.

Obviously, only in the summer. I feel privileged to be able to do what I do, but even more so when I set up on the deck to write.

What are your ‘must haves’ that make up your writing space?

The spiral notebook with the notes for the book I’m working on, and some pens. That’s pretty much it.

Barbara Winkes writes suspense and romance with lesbian characters at the center. She has always loved stories in which women persevere and lift each other up. Expect high drama and happy endings.

Better late than never? What a month. My mac is dying in long, slow stages. Our internet was out for weeks, limiting me to tethering for work and little extra time for indulgences.

Plus the list of household repairs got longer and longer …

But what better way to return than with some exciting news for readers.

Great News For Readers! Isabella Maldonado has a Special Announcement: 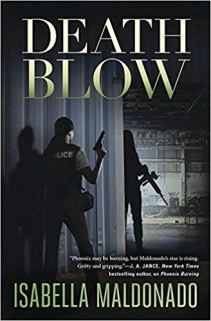 As luck would have it, my publisher has arranged to have the first two books in my series discounted during the month before publication of the third book. Please let your readers know!

March 8, 2019, Book 3 in the series, Death Blow, will go on sale at bookstores (nationwide and overseas) and on Amazon!

To celebrate, Isabella is sharing a look into her workspace! 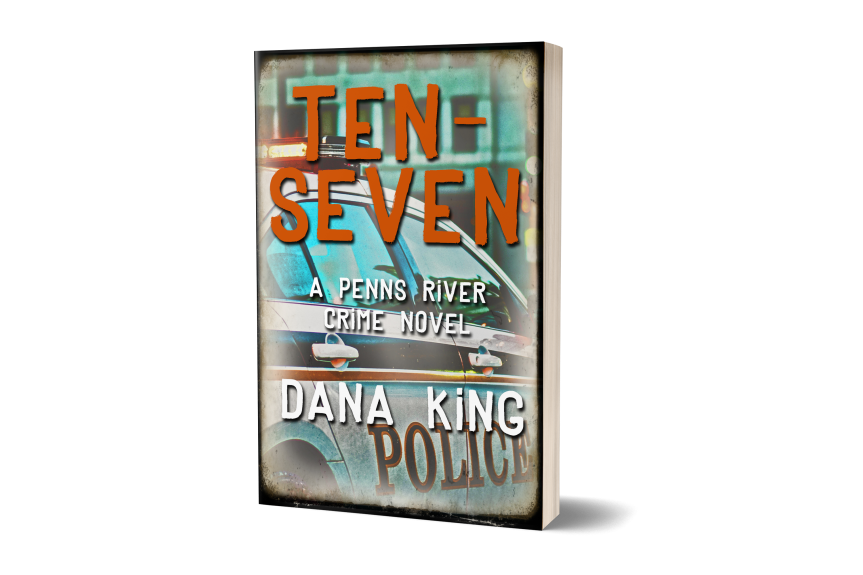 Plus, we have Dana King chatting about

And – lost in the holiday season shuffle –

Susanna Beard talks about what made her an author.

Plus, catch up with her TBR pile and author assistants! 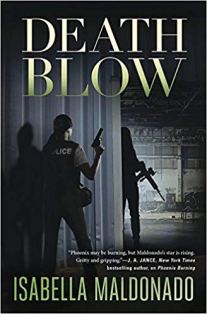 By nature, I’m a neat and organized person, but I’ve noticed an interesting trend. Over the course of writing a novel, increasing levels of entropy creep into my workspace toward the end of each draft.

In a bizarre parallel with the frenetic pace of my characters hurtling toward the climax of the story, my life becomes increasingly chaotic when the end of a manuscript is in sight. I step back from social media, socializing in general, and sometimes household chores like tidying my desk.

Because I’m the designated vice-president-in-charge-of-household-papers, the pile of documents to sort, coupons to cut, receipts to file, and general detritus spreads until I consider putting on an outbreak suit to wade through it.

This stage of the process drives me a bit batty because, as I mentioned, I’m kind of a neat freak. But I’m in the flow, so there’s no stopping or slowing down to take care of routine paperwork. I vow to get to it later. The compilation of settings, plot pieces, and characters in my mind competes with the growing collection of incoming information screaming for my attention. All but the most urgent papers are pushed to the back burner as I sprint headlong toward the finish line.

At the end of the day, my husband ventures into my office with a fresh stack of mail. Scanning the desk, he raises a brow. I narrow my eyes. He wisely says nothing and puts the newest pile on a chair in the corner before slowly backing out.

True to my word, when each draft is finished, I clean and purge my workspace. The office is returned to its usual state of orderliness. Peace is restored. Like a bear in the springtime, I crawl out from the cave ready to engage the world again. Thankfully, this only seems to happen in the last month of the process.

Attached are a couple of pictures of my office as it is now. I’m embarking on a new novel, so I’ll document the before status of my surroundings. Later, I might get pics of the after status! Or not…

Don’t forget to check out the details here about Isabella’s books, which are on sale for a limited time, and her new release in March 2018.

Isabella Maldonado is an award-winning author, retired police captain, and regular contributor on News Channel 12 (Phoenix NBC affiliate) as a law enforcement expert. Her last police position was Commander of Special Investigations and Forensics. During her career, she was a hostage negotiator, department spokesperson, and precinct commander prior to attending executive management training at the FBI National Academy in Quantico. The first Latina to attain the rank of captain on her department, she received Meritorious Service and Lifesaving Awards. Isabella is a past president of the Phoenix Metro chapter of Sisters in Crime. She lives in the greater Phoenix area, where she writes the Det. Cruz mystery series. Her debut novel, BLOOD’S ECHO, won the 2018 Mariposa Award for Best First Book. The second in the series, PHOENIX BURNING, received a starred review in Publishers Weekly and was named one of the best suspense books of 2018 by Book Riot. The third installment, DEATH BLOW, will be published on March 8, 2019 and is available for pre-order now.

“In (Bill and Fiona’s) escape to freedom, which goes from New York City to Oklahoma to Cuba and back, they run into all sorts of oddball characters, including a freaky assassin in an Elvis costume and a foulmouthed octogenarian with a deep, dark secret.” – Nick Kolakowski

Check out our Q&A with Nick about his latest novel, Slaughterhouse Blues.

Macbeth and The Dark Clouds Shining are reviewed.

Benjamin Sobieck takes us inside his writing space.

Plus: Tweets of the week and links to interesting articles.

And, in our Flashback Feature, check out what Jess Lourey has to say about the shallow dating pool, getting a 12-book deal and gravy-drippers.