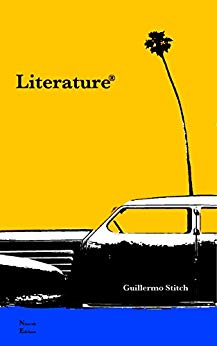 I liked this book so much that I wrote two different reviews of it and interviewed the author. One of my tests for any entertainment is how memorable is it. Did it stay in my thoughts for days after the fact and make me think about the characters or the outcome or (in the event of a series) possible future developments? Did it inspire me to think about life or a philosophy or human nature?

One of the reasons I have to put this book front and center in my advent feature is that it is a book that has stayed with me. It has stayed with me for months. While I’m often struggling to remember all the titles I’ve read in any given year, this one had a huge impact on me.

Sometimes, authors are a little too enamored with their own use of language and all the pretty words. Guillermo Stitch offers spare prose that gets straight to the point, grabs us by the throat and doesn’t let us have a chance to catch our breath.

If I made such pronouncements, I’d likely declare this the best book I read in 2018. And the fact that it’s a self-published title that was able to get industry reviews and pretty much universal praise? Inspiring.