We welcome Jon O’Bergh to Toe Six to talk about his new novel, The Shatter Point, and what inspired his love of storytelling.

What Do Paul Tremblay, Grady Hendrix and Algernon Blackwood have in common? Find out here.

Nick Kolakowski’s new book, Boise Longpig Hunting Club, started life as a short story, and Nick drops by to talk about the novel and how it came about.

Friends of Noircon should bookmark Retreats from Oblivion, their new site that will publish noir fiction. They already have some good stuff from Reed Farrel Coleman, Sharon Dempsey and many more, helping you get your dark fiction fix until the next Noircon.

The Girl in the Ice by Robert Bryndza, reviewed by Theodore Feit

Don’t Eat Me by Colin Cotterill, reviewed by Theodore Feit

The First Prehistoric Serial Killer and Other Stories by Teresa Solana, reviewed by Sandra Ruttan

The Forest of Hands and Teeth by Carrie Ryan, reviewed by Sandra Ruttan

The State of Women in Publishing

When will women stop being treated like second-class authors?

I asked for some recommendations of books by female authors. Got some on social media and am passing them on here.

Jason Pinter chimes in with a word on reading books by women and a list of some recommendations.

A Call for Some Originality

Thank you Katie! Some tropes do get tiresome. And frankly, I don’t think tough people drink a lot. I think weak people do.

In Case You Didn’t Notice…

A lot of my reading this year has slipped over the horror genre lines. From Terror is Our Business to this week’s The Forest of Hands and Teeth to my current read (Molly Tanzer’s Creatures of Want and Ruin to books on deck, like Dave Zeltserman’s Husk) I’m spending a lot of time outside crime fiction genre lines. Nina Allan writes about the new current golden age of horror fiction, and has a lot of good insight and info in her post. Well worth the read for anyone trying to navigate the horror genre waters these days or wondering where to dive in.

And all genres have their things. The horror community is not immune. 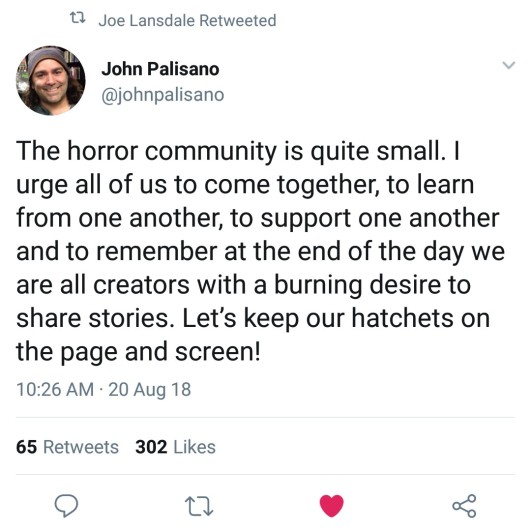 God, I love her, and I want her novel to be great, and I want to be able to develop Toe Six so that I can scoop it up and share some non-genre-conforming greatness with the world.

Trying to Raise a Reader?

KDP and CreateSpace are merging. Good lord, I have no desire whatsoever to figure out how to move my stuff around. Good luck to those who do.

Money Makes The World Go Round

One of the things I know from 13 years with Spinetingler is that running these sites gets expensive. Doing it right means web costs. I don’t even want to think of how many hours I spent working on Spinetingler site upgrades that I could have spent reviewing…

We do have a Go Fund Me campaign going on. It would see to site upgrades/maintenance, pay for professional artwork and help us launch our first few anthologies and (hopefully!) a fantastic novel as well. My thanks to those who have contributed to the vision. Some have opted to donate directly to us via paypal using the toesixpress @gmail.com email address, and that’s very cool, too. We appreciate all of the support.

Because it’s my site…

My niece, in a commercial, with ice cream.

A Word on Round-Ups

I’m never going to do them. Sometimes, I post things I’ve seen that interest me, or that I think deserve a shout-out. Sometimes. It depends on how my old computer is getting on, because downloading images is a pain when she’s being disagreeable.

Brian used to do a round-up, once upon a lifetime ago, and with round-ups come expectations. That’s just reality. If you do an issue online every two weeks, people come to expect an issue every two weeks. If you constantly talk about an issue, people expect you to talk about that issue, especially when it’s relevant. And if you post round-ups, people will look to see if they got a mention.

I’m not doing them because they are the eternal rabbit hole. You could go down there forever and never make everyone happy. You will always disappoint someone because you missed something. That’s the fact of life of the round-up. It’s a fact of life of annual best-read lists and favorite movie lists, etc. etc.

So give big props to those who have done them in the past (like Sarah Weinman) and those who do them now, like David Nemeth, with his Incident Reports every Monday. Because they are exhausting and thankless. And often great sources of information. And they will not be eternal. People burn out doing round-ups. It’s a big job, and a lot more work than most people realize.

Although I have no plans to do them, if you do have something you’d like to see mentioned, feel free to email toesixpress @gmail.com and I’ll see what I can do. I make no promises, so I’ve told you no lies. And these days I’m really trying to limit my social media time and online BS consumption. Chances are good I miss many things worthy of note.

And it goes without saying, being on the receiving end of a fair bit of commentary about Toe Six that’s been inaccurately reported over a number of months, tell me. I am happy to correct it. I’d rather get it right. I’m not here to spread misinformation. In that respect, sometimes on FB or elsewhere I may leave something that’s not quite right up with a correction. Showing I’m human too, we all make mistakes, and can be corrected. Isn’t that how we all learn? 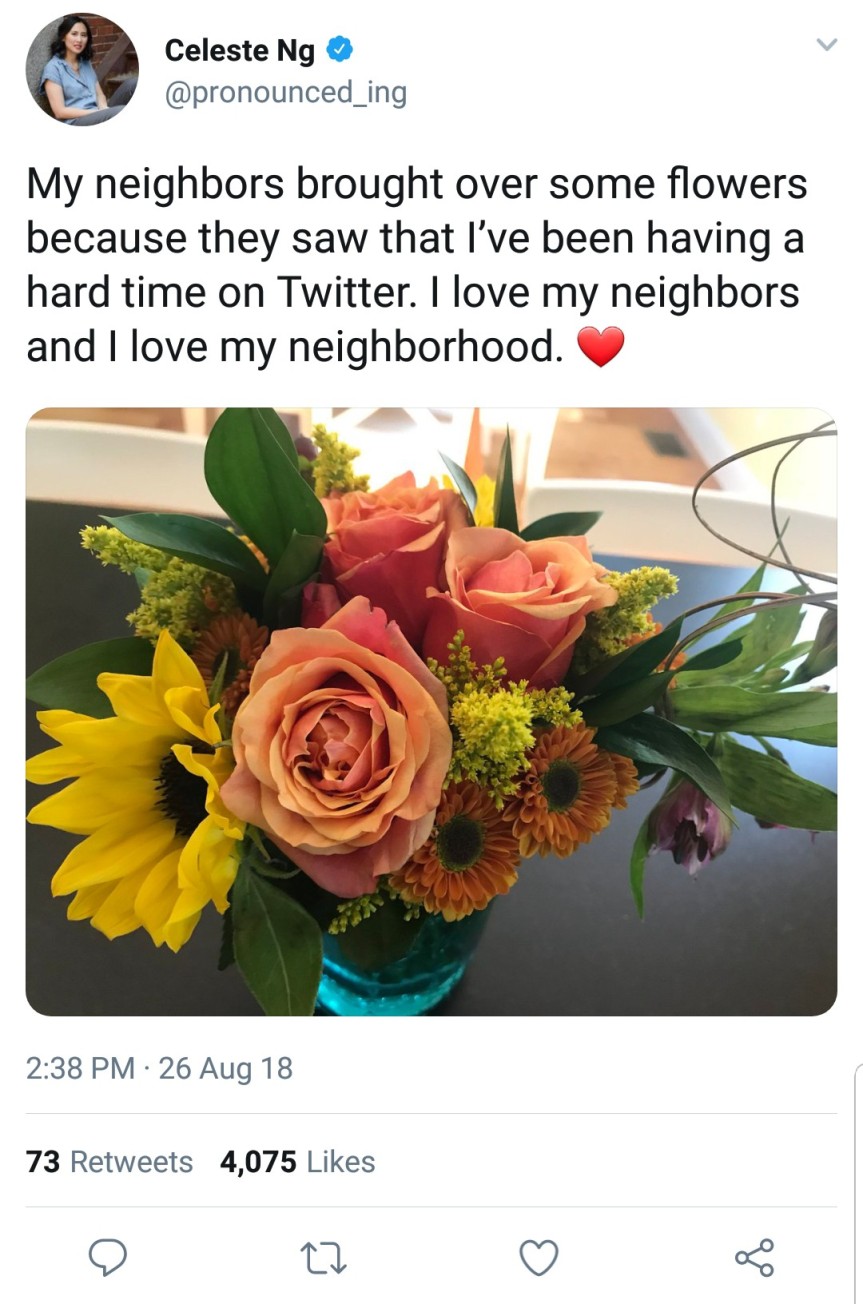 My policy on posting tweets boils down to whether it can be shared. If it’s available to share, it’s a public tweet.If anyone disapproves of their tweet being referenced, by all means let me know and down it will go.