Brian Lindenmuth: What was the first tattoo you ever got and why did you decide to get it?

Gerard Brennan: I got the words “Made in Ireland” on my shoulder. It just seemed kind of funny and it only cost me a tenner. I didn’t really put too much thought into it, unfortunately. In a place like Northern Ireland it could be seen as a little contentious; a political statement even. The kind of thing somebody with a Nationalist mindset might ask for. Honestly, it just made me chuckle a bit.

Really fast. It didn’t hurt that much and I was in and out in minutes. The tattoo was tiny, and since it was my first one, I think I’d hyped up the level of pain I could expect a little too much. I was nearly disappointed. The larger pieces I got in the years following that one fairly made up for that, though. I’ve had plenty of pain.

Tattoos can capture a memory, or are representative of a feeling or a person. What is your most meaningful tattoo, and why?

There’s a small dragonfly incorporated into the sleeve tattoo on my left arm. It represents an uncle of mine who passed away. He used to take me fishing, and I have vivid memories of blue dragonflies zipping along the tall grass on the banks of the rivers we fished. I’ll always think of him every time I see one. The actual tattoo is green, though. That’s because I went fishing with my brothers-in-law a couple of years ago, and as we set up our tent, a green dragonfly landed on my arm, close to where I eventually got the tattoo. I was a little tipsy and pleasantly stoned, so I kind of chose to believe that it was Uncle Michael stopping by to say hello.

What was your last tattoo?

My sister and I got matching tattoos a couple of years ago. A Hamsa or The Hand of Fatima. It’s supposed to be a symbol of protection.

When will you get your next one?

When I get the chance to figure out a matching tattoo to get with my brother. He feels a bit left out that my sister and I share one.

Any tattoos you regret?

Nah. I got a few covered up when I decided to get a sleeve, but that was just because they weren’t the same style and I had a firm idea of how I wanted my sleeve to look. Life’s too short for regret, I think.I like them all.

What do your tattoos say about you?

How do others react to your tattoos?

I get funny looks the odd time. And people tend to be surprised that I haven’t been to jail and that I’m actually a nice enough person. But those kind of interactions aren’t as common as they used to be. I think they’ve gotten more acceptable in the last ten years. And I’m not as hardcore as some. I don’t have any neck or hand tattoos.

What do tattoos bring to our culture?

An appreciation for other cultures. My tattoos are from various countries. I have Japanese inspired art, Middle Eastern religious icons, a little hat-tip to Mexican art, a massive Chinese Buddha on my back, and some Celtic designs. I also have a class caricature of Edgar Allan Poe on my inner right forearm to let everybody know that I’m a writer.

Do you have a go to tattoo person/shop? Give them a shout-out!

Yes, most of my work has been done by Gigi McQueen, an award-winning local artist now working out of Wickerman Tatttoo in Newcastle County Down, a lovely wee seaside town here in Ireland. She moved here from California about ten years ago and has done some fantastic work. 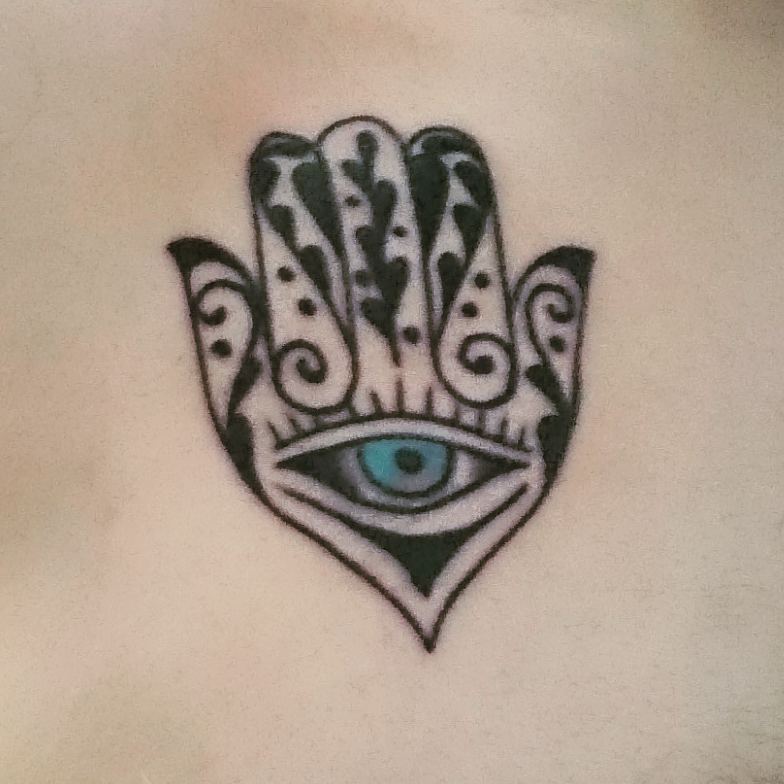 Gerard Brennan recently earned his PhD in Creative Writing from Queen’s University Belfast. His publishing credits include Undercover (2014), Wee Rockets (2012) and The Point (2011); winner of the Spinetingler Award for Best Novella in 2012. His latest novel, Disorder, was published by No Alibis Press in 2018.